Palestine/West Bank, Activists and local farmers said Palestinian activist Mohammed al-Khatib was violently beaten, kicked, and punched in the face by Israeli soldiers before he was thrown on the ground and dragged across the rugged terrain before he was stepped on, and eventually blindfolded and taken into custody.

Armed Israeli soldier, surrounded by dozens of his fellow soldiers, standing on the back of a Palestinian man as he lie face down in the ground went viral on Palestinian social media this week.

According to testimony from Matan Golan, the photographer who took the photo of al-Khatib lying on the ground, there was no tear gas fired at the crowd, but rather sound bombs. Golan also mentioned that there were several signs in the area indicating that the area was a “closed military zone.” 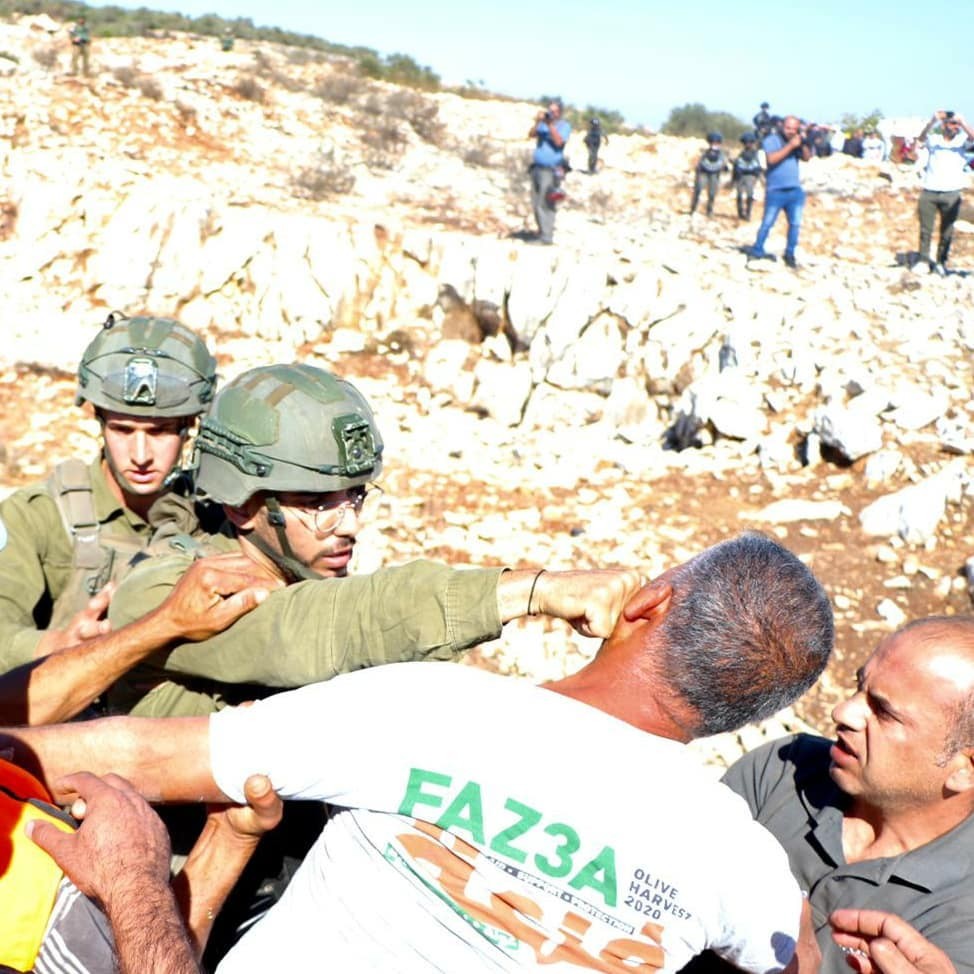